This board is open for all matters and discussions pertaining to the Australian Yowie. Please keep on topic in this forum.
Post Reply
First unread post • 1 post • Page 1 of 1 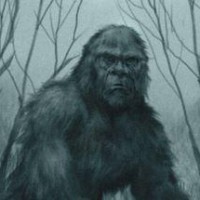 Just wondering about refugium (singular is refugia) i.e bio-islands of survival. I was reading about the Agogwe small cryptid hominid ( https://en.wikipedia.org/wiki/Agogwe) and noticed that one of the old sightings is from about 100km or so from the Udzungwa Mountains (https://en.wikipedia.org/wiki/Udzungwa_Mountains) which was a somewhat isolated mountain area - - "During a cooler and drier period some ten million years ago, the lowland forests were converted to savanna, leaving the mountain ranges as "islands" where the tropical forests continued to flourish. The long-term persistence of a humid climate and the isolation of each mountain range has led to a great deal of endemism, and a very diverse flora and fauna"

This reminds me of the Menindee Lakes area (see an earlier post) which was an giant oasis during Australia's dry period. Short-faced giant kangaroos survived late here and i have wondered if the yowie sightings 'cluster' up to Broken Hill and down to Swan Reach and in the other direction east along the Murray had something to do with said oasis. https://en.wikipedia.org/wiki/Procoptodon

Perhaps there is a parallel with the Agogwe near the Udzungwa Mountains? Note that both refugia occured at the same time due to the same climatic changes. :-)
The sighting area i worked out is somewhat east of the red tag i've put there on this here map..