Animals responding to the unseen

This board is free to discuss anything related to these topics.
Post Reply
First unread post • 5 posts • Page 1 of 1

Animals responding to the unseen

How many of you have seen first hand, a dog or cat stop what they are doing to stare intently at a corner of the room, and maybe even vocalising at something we cannot see or explain?

Twice, I witnessed this, in the old place at Annerley, where three of my family members in years past, had passed.

Among other stories, I suppose it's as good a place as any to share those experiences, and while I cannot explain what happened truly, there is no doubt in my mind that my pets could detect something going on that I could not.

The first time, both my Rottweiler dogs, who had been sleeping on the floor at my feet, sat up, ears pricked, and moved over to stand about 2m from the corner of the dining room, where the phone table and an old dresser were located. The stared at this corner in silence, and would not come when called, only looking over to me, then turning their attention back to the corner. This went on for 2 or 3 minutes before they just stopped doing it, almost simultaneously turned and came back over, tail stumps wagging, to plop back down on their mats and go to sleep.

The second time, I and my then-husband were woken by the sound of deep growling directly under our bedroom in the same house. No idea of the time, but we both dressed and headed on down there with torches, because when Diesel growled or barked, there was good reason to investigate. Now, this was an old Qld cottage, built in 1893, on 9 foot stumps at the front (directly under our room) and 5 foot ones at the back of the house, to accommodate the slope of the land. On arriving under the house, we both saw Diesel standing with all hackles up, a terrifying rolling growl coming almost constantly from him, on high alert, and we both thought he had bailed up a thief, as crime was rampant in our suburb. Two very bright powerful torches showed nothing, not even a rat or possum that might have provoked such an over-reaction from Diesel the Rott, and we searched everywhere. At no time did Diesel even show he knew we were there, he never moved his rivetted stare from the place he was looking. There simply wasn't anything there, but he would NOT stop this unbelieveable growling, and we never heard him utter it again in the course of his lifetime with us. We couldn't call him away, he wouldn't leave, and perplexed, we searched the entire under house, which didn't take long, and the yard outside. Nothing. We were standing out the front at some ungodly hour of the morning shining our torches on the outside of the house and roof when Diesel came out and joined us. No idea what he saw or why he reacted so.

If you have similar stories, please share.
Absence of evidence is not evidence of absence. Dr. Carl Sagan
Top

Absence of evidence is not evidence of absence. Dr. Carl Sagan
Top

Yep was once at a mates place years ago and had his dog bark furiously at the wall yet there was nothing there that the human eye could see anyway.
“The day science begins to study non-physical phenomena, it will make more progress in one decade than in all the previous centuries of its existence.” - Nikola Tesla 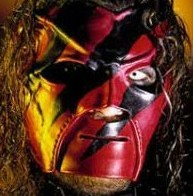 G'day, i've never really believed in animals seeing things, whereas i've seen heaps of weird stuff over the years. However bout 4 years ago, our cat that we had owned for a good 16 years went down hill real quick. Could barely walk or eat etc. But a number of times she would start rubbing her head and purring ( like when cats rub up against your legs), on noone, like just randomly in the middle of the lounge room walk over and start purring and rubbing her against nothing. And a couple times asleep on the lounge she'd wake up and start purring and lift her chin up like when we would give her a scratch under the chin and stare at the empty seat. Was strange. Cheers, MadMan15
Top 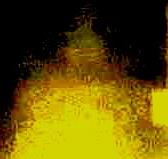 I was going to submit a thread re this and low and behold Shaz has already done so.

Recently I moved premises (closer to Brisbane) from a house to a unit. We have a small dog and needs his walks three times a day. I get the late night walk duty before bed, which at times is quite late at night. I found it odd that every time we walk to the position across from the church my dog stops and looks over at the church grounds (across the road), obviously observing something for a while before continuing. Same spot and looks in the same direction - no additional noises or movement evident. Thinking a ghost I stood also trying to see if I could see anything - nothing. Will go over tonight and look closer around the grounds.

Only issue is - last night it was windy, while my dog was looking in the direction the wind stopped (dead), and it went dead silent. It was a bit scary - especially when your mind plays tricks and you start seeing things move in the corner of your eyes. Things started going through my mind - demons, dogman - thanks Senses. It was creepy. My dog gave a bit on an internal whimper like noise followed by a snort and then continued sniffing around. Not long after wind started again - coincidence?

I believe animals see things we cannot, or at least feel a presence.
Top
Post Reply
5 posts • Page 1 of 1