This board is free to discuss anything related to these topics.
Post Reply
First unread post • 5 posts • Page 1 of 1 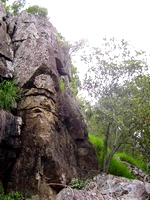 Figured someone would this of some interest.

When I was living up in the Straits, I was just a kid. (11, 12). My old man was largely in charge of a regional office of a rather large ATSI affairs dept at a Commonwealth level. My mum was just below him, employed by the same mob.

Most govt staff on TI (Thursday Island) were in "gubment housing"... which down here means the Commish, but up there means being lucky enough to be in a regularly repaired, up to date home.

Strange story - a lot of locals (or pseudo locals) ended up on the books, as advisors on this or officers of the other. Yknow how the govt does things. A job for everyone, and noone gets paid

A lady that was taken on board was in fact a TS Islander / Malay, which is quite a common mix up that way. (great cooking! it left me with a lifetime addiction to chicken, chilli and FRESH seafood). She was tertiary educated, experinced in life and all that rest of that credibility-weighing stuff.

Anyways... time comes for her to be assigned some govt housing. A reasonably schmick timber place, nice verandas, decent yard.

Now, my old man is pretty much a Boomer clone of my 30yo self. Gabs, notices, cares. So, he asks her whats up.

She replies, after some to-ing and fro-ing, that shes worried. He asks why. She replies that " it sounds stupid but theres a frangipani in the yard of the new place and it / the she demon has me worried". "Either make me feel better, or I'm moving out".

Should mention that the locals assume all mature frangipanis are inhabited or near enough by both the Pontianak, and another spirit that i cannot for the life of me remember the name of. the white sap, like milk, is assumed to mean that it'sa feminine/mothering tree but with a dark aspect.

So. My old man looks into his options. Either remove the tree, at great expense and it reduces the appeal of the place to non-local staff (white ppl, I suppose I mean) or just make her feel better.

Thus... a couple of weeks later a debit appears on the ledger of the Comm. Govt. of Aus. itself.... for a 20kg bag of salt, used to make a circle around the ENTIRE property, with local spirit lodge types in attendance, as well as Bah'ai, Christian and Catholic ministers... just to kind of rule this tree, and it's influence out of her life.

Couple weeks later... many programs, projects and some policy dictated/supervised/spearheaded by an otherwise intelligent uni graduate.... and there is a mark, forever, on the Federal slate for "20kg sea salt..... deleted.... TI".

Incidentally many locals of NON malay descent also have another female demon, the name escapes me (was just a kiddling then ,,,can ask though, my old man remembers a lot of kalu mayagi yu, and Meriam. Me, I just happen to be fluent in the local Creole) that had ears large enough to use one as a bed, and another as a blanket, and phenomenally large breasts for feeding her spawn and enticing the odd wandering local. She apparently could sing her heart out, as the classical Sirens did... and thus draw lost seafarers or fisherman to her less than tender embrace.

Eh... figured someone may not have heard of this one yet

Actually a bit of strange stuff up there. the Hammond Is ghost train (no trains up there ever. but thered be 200 plus people who have seen it steaming across a local flat spot), the medicine man valley on TI (frogs holla!) where traditional spirit lodge men / shamans would conduct necromantic and necro-fetishist rites amongst the swampland. ... to this day it's a strangely quiet spot where NO local will go for fear of the" typical" wasting curse....or just being hacked into pieces, which is nearly as effective a warning!

I went to school up there for a bit, catholic school at that (not bad, for an agnostic-Baptist family) and even the nuns (sisters of mercy) from the convent had different names for everything ("we offer these blossoms to the Black Virgin, she of darkness and sunrise...") and on my year 6 camp, the ideal fun was to be had watching the kids of local shamans mess with the minds of other kids , reducing them to a trance like state where they would just tramp around the island muttering to themselves.

Odd spot. Lovely, though. Even if every few steps someone is hassling you about "debil-debils" or "dogabaras".
In all the wild world, nothing is stranger than people.
Top

the one I can't remember the name of has a lot in common with this one, but, no mentions of the gigantic ears in this wiki.

could be a local mix up in the term for "wings" versus "ears"... no idea, and I cannot confirm that at all. But they both have connotations of "large...flapping..." and definitely have a taste for gestating humans.

And you thought the Dividing Range was a weird spot

In all the wild world, nothing is stranger than people.
Top 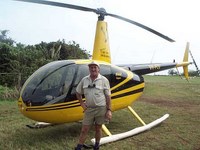 Hi Crypto
Been meaning to get back to you on this stuff.
I lived on Wai-Ben or T.I. for a couple of years in the old lighthouse keepers house, 20 Summers st.
I looked after water supplies on the outer islands.
Dogai was the name of a Crypto being that could change its appearance to trick anyone to believe it was whatever they wanted to. Wife, Girlfriend whatever it chose and once it's spell had you, it would possess you and devour you. I think was the tale.
I have photos of rock paintings on a CD somewhere showing some.
That was on North Western Island, Dauan.

On one of the Islands and out of respect I wont say which one. In a cave that was a tomb for a forefather of a family on the Island was a skeleton of a male that was 8 foot long without the Head ( Cannibals Remember ) its forearm from elbow to wrist was as long as my whole arm.

Some interesting stories up there include Little people about 1 foot to 18 inches high and a bit mischievous but generally quiet. A German guy that lived near the Narupai or Horn Island Airport chatted with them on his veranda every night, so he said. They are said to live on all the islands and get around through a tunnel system. I think I caught a glimpse of a couple on Mer or Murray Island working on my own at the water lagoon late one afternoon. They kept looking at me through long grass which was 1/2 Metre long, and they came up half the height. No clothes old wrinkly appearance with skin not as dark as the locals. Like humans but head hair was long and unkempt, possibly hiding ears or matted hair more have given the Ear story.
Had enough for now.
More later sorry about the lack of grammar and pronunciation.
You do not have the required permissions to view the files attached to this post.
Last edited by Jim Hocking on Mon Aug 30, 2010 6:47 pm, edited 1 time in total.
My Real name.
Top

Actually a bit of strange stuff up there. the Hammond Is ghost train (no trains up there ever. but thered be 200 plus people who have seen it steaming across a local flat spot), the medicine man valley on TI (frogs holla!) where traditional spirit lodge men / shamans would conduct necromantic and necro-fetishist rites amongst the swampland. ... to this day it's a strangely quiet spot where NO local will go for fear of the" typical" wasting curse....or just being hacked into pieces, which is nearly as effective a warning!

Area of Hammond Islands Flat Spot. I would put down to probably Tidal water running between rocks under ground.
You do not have the required permissions to view the files attached to this post.
My Real name.
Top 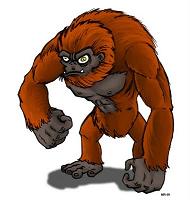 Interesting read... My mother nursed on Thursday Island at the government hospital and was living in housing commission house... I must ask her as she was quite friendly with some of the locals, but shied away from quite a few as they're a bit primal and savage up there she was saying. Then again she was a skinny little white girl so she may have just been scaring herself.

With regards to the creature like a siren with nuclear norks... is it possible these "ears" or "wings" could have been "fins" or a "fish tail"? Reason being that through a less spiritual but more scientific eye, I'm reading into the aquatic ape theory. From what I have pieced together, my theory is that whilst some of the bipedal apes from millennia ago took to the forests, some took to the water, with varying climate and breeding leading to varied sizes of land ape - sasquatch, yowie, yeti, yeren, orang pendek, quinkin, junjudee - is it possible the little people could be pygmy junjadee, or another smaller bred species again? And alternatively, is it possible that these spiritis / creatures that are spoken of are mermaids, or highly evolved aquatic apes? Also note the enlarged cranium and prominent brow line of the hairy man - is it possible that perhaps like the mermaid where they have evolved and ultra sonic gland that assists them with underwater pursuits, could the hairy man have developed something similar which allows them the ability to communicate without speech, and have the ability to emit sounds at a subaudible or hyperaudible frequency that is beyond our register of hearing that can put us in a state of fear paralysis or create sound at a frequency so high that it interferes with recording equipment and prevents them from being detected?

Just some food for thought - very interesting read though and I would love to know more!
WE ARE NOT ALONE....
Top
Post Reply
5 posts • Page 1 of 1