Pyramid is underground and was built in the era of dinasaur. Real Fred Flintstone stuff.

Watch video which is about 1 hour duration. It is a bit repetitive at times.

Are there not supposed Pyramids on Mars?

Me thinks history repeats peoples.
“The day science begins to study non-physical phenomena, it will make more progress in one decade than in all the previous centuries of its existence.” - Nikola Tesla

Yeah my "Dodgy Detector" was beeping a bit looking at this stuff.

Sounds like more unsubstantiated stuff like the Bosnian Pyramid and Merheleva Ridge.
Until something comes out that is actually verifiable by a professional source I might just sit on the fence here.
Top

Pyramids found in Antarctica.
One Pyramid is reported to be approx 20 x larger than any other known Pyramid on the planet.
Angle of sides of all pyramids is 51 degrees.... same angle as all other pyramids on earth.
Start watching video at 5 minutes. 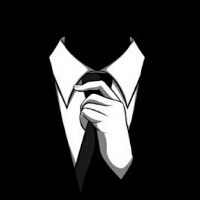 Why would a pentacostal church minister who answers to "Yowyeh" be so interested in 65 million year old pyramids? It must support his interpretation of the bible?

None of these pyramids have been recognised or verified as such, by actual archaeologists. In the case of the Crimea "pyramids" that were "discovered" in 1999, it's been 19 years.....

It is amazing how, in this, the 21st century, humans see the pyramids as something 'magical' and 'supernatural'.

And much of it based around the pyramid of Giza, which available evidence indicates was 'nothing more than' a huge water pump built to feed water from the Nile to the Giza plateau. (Still an amazing engineering feet)
The mightiest oak was once a nut that stood his ground https://www.sasquatchstories.com
Top

One thing I find interesting about pyramids and other ancient megalithic structures is that they are all constructed on the earths Ley Lines which are naturally occurring geo electro magnetic lines circling the earth. It is said that the pyramids were also built to harness this electro magnetic energy to use for whatever reason/s.
Even many of todays more modern structures are built on Ley Lines. Some examples in Australia are Parliament House Canberra, The worlds largest battery built last year by Elon Musk/Tesla In South Australia. HAARP (weather control) in Exmouth WA and Pine Gap NT are both US Gov facilities in Australia built on Ley Lines.
Top

Ley lines is a term popularised by new age occultists referring to straight lines in the landscape between landmarks. New Age occultists say the lines resonate a special psychic or mystical energy of power, and the ancients built monuments on them.

Unfortunately, that's where the understanding and plausibility of ley lines stops. It is a pseudoscience. Special Mystic energy in the ground sounds fascinating but is unprovable and is fiction. There is no such device as a ley line finder, no device for measuring ley energy, and no actual basis for ley lines.

It seems the monuments came first, and the ley lines came second, overlayed on top. It's not the other way around, as it should be if there were any substance to the theory.
Top

Personally I do not see that these supposed Ley Lines are psychic or mythical . However try telling that to indigenous Australians re Uluru or Mount Yengo NSW. These two locations are probably the two most sacred sites in Aust for indigenous persons. Both Uluru and Mt Yengo are natural features and are said to be on Ley Lines.

Throughout the world the USA and other governments build military and other high electrical power needs facilities on Ley Lines or Ley Line interesection points. Hadron Colliders are also bulit on Ley Lines.Area 51, Tesla Tower was built on a Ley Line. Nikola Tesla claimed he could provide the world with free electrical energy but his tower and most of his work was destroyed and/or went missing or was stolen.

US Gov Haarp (weather control) setups are all on Ley Lines. In Australia (Exmouth WA ) there is at least one US Haarp setup and possibly more in other regions of Australia. These Haarp setups would have enormous energy requirements. Most days for many years now on radar you can actually see beams/frequencies coming from Haarp , Exmouth on the WeatherZone Australian Radar map. These continuous straight beams are hundreds of km long.

There are different theories from various sources (who all make a variety of claims) concerning what became of Tesla's documents after his death. The closest I could find to a reputable source was this -

...and the direct link to the PDF versions is here -

There is no official "ley line" map for Australia or the USA. I think conspiracy theorists and mystery lovers, plotted on maps where all these facilities are, and then drew lines over the top, making sure they intersected over the facilities. Otherwise, who is qualified to determine the location of a ley line? Think about it.

I could understand the great dividing range itself being regarded as one major "ley line" in Australia for instance, but there are no monuments to signify this. I don't doubt Mt Yengi and Uluru are sacred places for indigenous Australians, but who decided they were on ley lines?

I have never looked for an official Becker-Hagens Grid/Ley Line/geomagnetic map and just taken for gospel that online articles I read about Ley Lines are fact. So I have done some homework and Google Earth Pro has a Ley Line map/grid which is called UVG/Universal Vortex Grid . Ley Lines is a term coined by Becker-Hagens.
To get to the Google Earth Pro Grid click on the link below and scroll down then click on the BLUE LINK .

I will have a better look at all of this when I have more time. Probably best to start up a new topic on this.

Film: Antarctica Unveiled (Pt. 3 of 3) - A conversation with Cliff High

PART 3 of 3 has finally been release. I already posted this vid in another thread but it was for a different reason.

In the above video Cliff High mentions that the largest known pyramid in the world is in Australia. If true could this be Walshes Pyramid near Cairns in FNQ. It may be many millions of years old and covered with earth sediment in that time .... same as underground pyramids found in Crimea said to be 65 million years old.

I have just noticed that the main youtube vid for this thread has been deleted. This was the best video I knew of re the underground Crimea Pyramids , 37 in total.
Recently so many youtube accounts have been unfairly deleted trying to silence anyone speaks out or shows evidence which exposes the elites agenda and lies about our history past and present.
I have posted link below which gives other vids to Crimea pyramids but these vids are not as good as the deleted one.

I'll leave this video here since I think it fits the topic.

Also, this book is an interesting read.

...sorry for that link to Amazon.

That one is more help.
Top

Great video Simon.
We have entered the period of the great awakening and a lot more truths about our history and its cover up by the elite are going to be exposed. It will shock a lot of people.
Top

Russian scientists have been building their own pyramids for many years now since about 1990.
Research has exposed many amazing beneficial results from pyramid technology.

Return to “Off Topic”