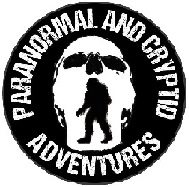 So I was hoping to get some suggestions for places that are haunted or have some paranornal/supernatural association in the Sydney /NSW region.

Ideally i want to be able to camp out in these places.

Sightings of cryptids, ghosts, aliens, weird lights, strange stories... anything that might make for a freaky night out, again, preferably camping.

Anything you think, throw it at me, thinking of doing something cool with these suggestions....

There are most likely thousands of places in the Sydney region with a paranormal flavour. And sometimes they might be active and at other times not

Friend of the family worked for a while in a Sydney university library, off campus. A restored building with practical, sensible staff. The friend was told, very matter of factly by a senior staff member to expect regular oddities in the section of the building dedicated to tech gear. Apparently, lights turned off and on, doors opened and closed, etc. Disconcerting for the person who's responsibility it was to turn off lights and equipment etc., usually alone, at the end of the working day. The senior staff member said it was general belief that the building in that particular section was haunted

A woman who once worked in a Sydney inner-ring legal firm which was housed in a restored building was contacted over the weekend by her boss with the request that she travel to the office and convey some files to the bosses' residence. She claimed that although she'd experienced nothing untoward previously during her time at work, she was basically chased through the unoccupied building when she went there to retrieve the files. She said she ran down the stairs and out of the doors, files in hand. She said she was sweating and panicked by the time she exited the building. It was her belief the place was occupied by one or more discarnate spirits

A Victorian-era building in Granville, Sydney, held a resident ghost which I witnessed dozens of times. It was unchanging over several years. Just there behind a door, always the same. The building's long gone

No doubt there are hundreds of buildings, most of them occupied, about which people tell similar tales. Some people move, others stay, whilst most occupants convince themselves they imagined it. Forests may hold similar occurrences but they're seldom heard about with some people convincing themselves it didn't happen and equal numbers keen to believe they did

It's been my experience that these incidents occur when least expected. Not all people have such experiences even though they might be keen for them to occur
Top

You said you witnessed this one ghost several times. Can you give us a description of shat it looked like what it was doing etc.
Top