This board is designated for the discussion of UFO's. Not our specialty, however those who do and have a voice to be heard, can speak freely here.
Post Reply
First unread post • 6 posts • Page 1 of 1 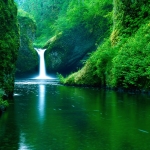 Firstly, I will apologise in advance if I’ve posted this in the wrong Forum. I wasn’t sure if it should be here or in the Off Topic Forum.

The small seaside village of Cardwell (the very same town that Cyclone Yasi obliterated in 2011), held their annual UFO Festival in August this year. It was the first one I had been to, but had been meaning to go for the last few years. What a pleasant surprise! The good citizens of Cardwell - all 1039 of ‘em, really throw themselves into the spirit of the event!

In 2013 a father & son were out & about one evening in Summer when they spotted & video recorded 2 white lights loop-the-looping & generally flying in a tandem but controlled way over the Coral Sea just off Cardwell. Their video made news headlines across Australia & hence, The Cardwell UFO Festival was born.

Like I said, the entire community throw themselves into the spirit of things there - shops are decked out in all sorts of displays relating to Aliens & UFOs, the townspeople dress up, the kids have a Lantern Parade along Cardwell Jetty, food stalls & live bands are playing. But, the best thing about this little soirée was The C Files. C being for Cardwell & Files taking a page out of the X Files TV series, one can only assume!

The C Files are a Forum of sorts where guest speakers from around Australia, are invited to speak & share of their work in the UFO/Paramormal/Cryptozoology realms. This year there were Ben Hurle from Victorian UFO research group VUFOA & Cryptozooligist Rex Gilroy. Very interesting morning session listening to these 2 gents. Both had slideshows, photographs & Yowie foot casts on display & anyone from the public was also invited up to the mic to share their own UFO/Yowie experiences at the end of the session.
I was impressed with how this small community has rallied back after the devastation of Yasi to have a festival of this caliber - the ONLY UFO Festival in Australia, mind you. Good on ‘em & I’ll definitely be back there next year!

cardwellufofestival.com.au
20190810_194411.jpg
You do not have the required permissions to view the files attached to this post.
Top

not sure how to right that folks, sorry!
Top

No worries about the photo! And, i think you posted in the right place!

I wish i was able to have gone to the Cardwell UFO festival. It sounds like it was a lot of fun! Glad to see folks having fun and getting into the spirit of things.

How was Ben Hurle's presentation. What he talk about?

Also, any good links for the Cardwell ufo. Footage etc.

Hope they do another festival next year and that it grows in size. Good fun.
Top

What a great idea to have a UFO festival down under!

Cardwell is only a half hour drive to the site of one of Australia's most famous cases... the Tully nests.
This is where farmer George Pedley famously saw a flying saucer rise from a swamp as he was driving past on his tractor.


Tully saucer nest.jpg
You do not have the required permissions to view the files attached to this post.
Top

Paluma's picture.png
You do not have the required permissions to view the files attached to this post.
Top

Cheers Searcher! I'm a bit of a tech-tard! And yeah the Tully Saucer Nests are legendary here in NQ. There's also been many other incredible sightings/stories of Ufos as well as of our hairy mates up here. Cardwell seems to be a bit of a hot spot for both phenomenons.
Top
Post Reply
6 posts • Page 1 of 1