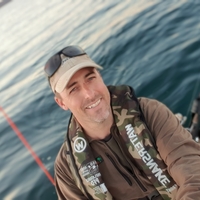 I watched an hour of this video got to say it was becoming a little tedious. I agree with the four guys no massacre occurred it didn't and it couldn't happen.
I can't believe that Steve Isdahl if I have it right, believes that the massacre did occur but at the same time believes Bigfoot to be supernatural/demonic a complete contradiction. He left himself open for ridicule and did a complete disservice to people who do support this theory.
'' During the time of universal deceit, telling the truth is a revolutionary act".....George Orwell.
Top