Be kind to each other. Our standard rules of etiquette and behaviour apply in all areas of our Forum.
Post Reply
First unread post • 2 posts • Page 1 of 1 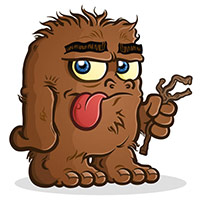 Guess this belongs in this section of the forum ?
This is from the "Expedition Bigfoot" series.
I haven't seen any of them so can't make a comment.
https://www.dreadcentral.com/news/37916 ... a-results/

“But what I found very interesting was that, yes, we have detected human DNA in these areas, but we’re still seeing different primate DNA. There wasn’t just one human primate, there are several different primates, some sort of primate relative that exists in the data.”

Hi H Kiwi,
I've watched this series ''Expedition Bigfoot'' now whether this is a new series I don't know. While EB was a whole lot better than your average Bigfoot series ie ''Finding Bigfoot" it still failed to answer some glaring questions here's an example. DR Mireya Mayor and Russell Acord came across two very distinct Bigfoot footprints in their over-exuberance and making casts of the prints with their latest high tech material - not plaster they were oblivious to the very large elephant in the room Why were there only two prints and no sign of any others?
These are the questions that need answering but many of these shows tend to overlook but I don't.

This is part of the narrative taken from the show presumably by Dr Mayor.

Hairy Kiwi wrote: ↑
Tue Mar 09, 2021 10:55 am
“But what I found very interesting was that, yes, we have detected human DNA in these areas, but we’re still seeing different primate DNA. There wasn’t just one human primate, there are several different primates, some sort of primate relative that exists in the data.”

I've seen Dr Mayor collecting this soil DNA sampling and whatever else she can discover around the spot and IMO it can be somewhat ambiguous in getting a true genomic structure of Bigfoot.

Her analysis shows yes we have detected human DNA in these areas, but we're still seeing different primate DNA what does that mean? separate DNA samples or combined samples as I said a little unclear. My interpretation is yes she did detect human DNA but not 100% human a type of human hybrid but it was mixed with other primates ( apes, chimps I presume) that would make it a chimaera. Now, this is something Dr Mayor or any other scientist would dismiss because they don't believe that is possible a human cannot breed with another species and literally that is true but a human hybrid can. Or does Dr Mireya mean she discovered separate DNA of human origin and separate ape DNA samples? Now that would give the impression that humans were sitting around accompanied by different ape hominids
I very much suspect my interpretation is closer to the truth.

And as a footnote, they asked Ronny LeBlanc (Bigfoot researcher) on the show his opinions of what or who Bigfoot are. His answer was mainly mystical being from a Native American tribe and the fact that his people have had interaction with Bigfoot for a long time and you could see the combined look of being afraid and emotion on his face.

Scientists and the academic world are way out of their league on these issues because we're not dealing with the rational but the irrational world.

'' During the time of universal deceit, telling the truth is a revolutionary act".....George Orwell.
Top
Post Reply
2 posts • Page 1 of 1