This board is open for all matters and discussions pertaining to the Australian Yowie. Please keep on topic in this forum.
Post Reply
First unread post • 18 posts • Page 1 of 1

Just a heads up to anyone who has been watching the videos on 'Haunted Luca's youtube with Glenn and Caroline. They had been posting quite a lot of alleged activity.

Unfortunately their latest video titled ' Theres our answer " Do Know of the dogman?" ' shows Caroline throwing an object into a puddle and Glenn responding believing it's activity.

At 20 seconds Caroline puts her hand into her pocket, stands sideways to the camera and at 25 seconds you can see her hand swing backwards towards the puddle before the object lands. 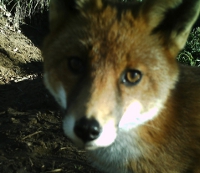 Thanks for the heads up. I Can't stand people like that.
Top

Wow, it's pretty obvious Caroline threw something in the puddle to create the splash.
If you where into faking activity it hard to believe you would post this.
Im not familiar with the channel and haven't looked at any other videos they've posted but it's impossible to take them seriously after that!
The more I learn, the less I know.
Top

These are the people i just met, i cant watch the video link nore can find it on youtube. I would like to watch as i just met them and did some recent walks with them. We had sat in a circle and balls and rocks were been thrown at all of us from the bush, i got hit on the right hand side of my head and caroline was way to my left sitting. Also when i got that thing hit the back of my head, ron then glenn was behind me and caroline was last.The thing shown on video came from the side and didnt hit ron nore glen. I even took them to dag last week and it was a dead night-nothing got thrown at all.so not saying anyone is wrong or right, i am just confused. Dee
Top

Yep, video has been taken down and/or made private by the looks, I did see one comment on the video before it was taken down which indicated it was a fraud.
Top

Very disappointing because I believed they where getting some good interactions with them on camera!
Top

Yes, well we have to ask ourselves why did they choose to remove the video or make it private???
I have got a fair idea of why.
The removed video clearly showed Caroline very sneakily lob something into the puddle to make a splash.
I think the location with the puddle was chosen to show clearly that something had been thrown.
One fake video of so called paranormal yowie /dogman activity brings all their other videos fake or not into question.
They haven't done themselves any favours that's for sure.
Hey Dee maybe you could ask them for an explanation if you catch up with them again?
The more I learn, the less I know.
Top

I assumed this would happen. Here's the video.
You do not have the required permissions to view the files attached to this post.
Top

This sort of thing happened many years ago at Humpty Doo in NT. Good friends of mine living just up the road had rocks and gravel landing on the kitchen table and other stuff going on . The media got involved so Kirsty, one of the occupants, faked a rock being thrown and she was caught in a reflection on the camera so the whole incident was deemed fake.
I can tell you the rest of the things going on were NOT fake and Paul Cropper went there and so did the local priest and I’ll bet they would vouch the authenticity.
I don’t know the people in this video but have been watching them and I don’t think everything was faked .
Top

Yes maybe she just had a brain fart and stuffed up.
You reakon they would have a better look at the material they post on YouTube before putting it up?
I struggle to understand what anyone could possibly gain by hoaxing stuff?
99% of the population think we are crazy believing in this stuff anyway.
But once you hoax something it sticks, just ask Paul McLeod or
Jason Heal.
The more I learn, the less I know.
Top

They are certainly catching a lot of activity on camera.

I can't comment on the authenticity of the other videos or people's experiences.

The yowie subject is already under enough scrutiny. Experiencers and researchers wouldn't appreciate videos like this bringing the field into disrepute.

It is fuel for sceptics.
Top

Far as I'm concerned, What ever credibility they had went out the window with that one, one minute video.
Top

What makes them think they are interacting with a yowie?
The more I learn, the less I know.
Top

I haven't gone through their videos but there is more suspicious behaviour in their latest video called "twigs ,Grass and vines":

Perhaps it's a casuarina branch from previous alleged activity? That's not shown in the video. The way she removes it from view and hides it behind her back appears suspicious.

It finishes with him saying, 'people aren't going to believe this s**t.'

Ain't that the truth.
Top

That latest video is private or unavailable as well.
Top

I remember watching these videos and the way these people behaved was off. Bad acting and overblown reactions. If you want to see another hoaxer in action, https://www.youtube.com/user/viral6000 This guy gets around but clearly adds in audio and some very poor quality digital "rocks" fly past the screen. He also deletes comments if you politely call him out.
Top

I wonder why the video has been made private?

Here's a clip with just the part I mentioned. I had to clip it as the whole video is too large to attach.
You do not have the required permissions to view the files attached to this post.
Top
Post Reply
18 posts • Page 1 of 1